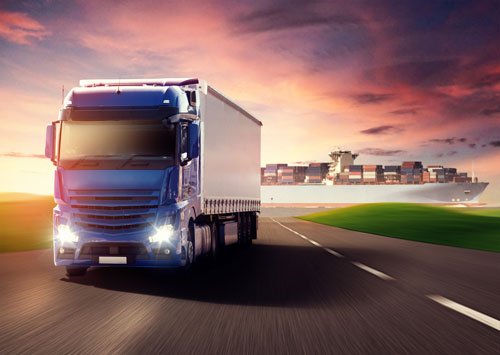 HOF Logistics, based in Atlanta, Georgia, was interested in expanding themselves into the broader market by securing large corporate transportation contracts. Their goal was to put aside all politics involved in transportation, to allow them to grow without jeopardizing their ethics. Previously, HOF Logistics had been contracted out by other logistics firms but later felt that they had the bandwidth to deal with corporate clients directly.

The firm was committed to providing exceptional on-time service and value but lacked confidence and a team with an experienced sales background. As a result, HOF Logistics was unaware of how to methodically approach proper decision makers. Although they were more than capable of handling a corporate contract, they had not yet ventured into that realm.

They were up against large national transportation companies who had ample experience. It was a daunting yet highly rewarding task to convince the corporate clients of their value.

HOF Logistics called Rose Garden Consulting for help when they learnt that the Schneider Electric Transportation Contract from Athens, Texas to Valdosta, Georgia was available. This was a perfect opportunity to step up and acquire the contract. Ali did not hesitate to act fast. He drove over 500 miles on a Sunday afternoon to Cincinnati, Ohio, showed up at the corporation’s headquarters early Monday morning, and forced his way into a meeting with the procurement manager. Upon arrival, Ali was faced with a dilemma; Schneider Electric had already verbally agreed with another Logistics firm and were preparing the contracts. Ultimately, Ali utilized his unwavering optimism and tenacity alongside his stellar negotiation skills to win an over $700,000 contract. Ali left Cincinnati late Monday afternoon with a handshake deal and contracts that followed two days after.

The following solution was created:
‍
-Prior to any contact with Schneider Electric, Ali researched their background along with determining who it would be necessary to meet with.

-Initial customer contact was made by Rose Garden Consulting.

-Upon completing the initial presentation and gathering data on the client’s needs, Ali was able to meet with the procurement manager the same day as his arrival.

-Upon learning that Schneider Electric had already made a verbal agreement with another transportation agency, Ali did not give up and continued to inform them on why it is better to work with a smaller company rather than a large corporation.

-Being able to convince the contractors to sign with a smaller company was a key stage that had to be executed with precision and flawless sales techniques.

-After exchanging a handshake agreeing on a deal, Ali was able to get the company to sign the contract within two days.

HOF used the added income to expand their business and start competing with large national players in the logistics industry. With a 38.4% weekly revenue increase, they were able to expand and ultimately take on new contracts. Without Rose Garden Consulting, HOF Logistics said they would not have been able to secure the deal, which opened their business to several new opportunities.

Are you ready?
We only work with the most determined and passionate leaders. If you want to close more deals, multiply your revenue, and scale your business, we're ready to take action.
Let's GET STARTED